So now we have the tilesets and we have our droid, its time to put it all together.

The major hurdle is putting all the decks into a room within Game Maker. As I had already done this inside Tiled,  we were planning to use them in the original Unity project. I managed to get them into Unity with a piece of middle-ware called Tiled2Unity, which is a very good program that makes it easy to get your tile maps and collisions working without much difficulty. Unfortunately, we moved to Game Maker Studio, so the work I had done prior to this was pretty much useless, as I was unable to find a solution for making a Tiled tile map work within Game Maker!

So, to try and make it easier to recreate all the decks within Game Maker, I exported images of the decks from Tiled and then imported them in as sprites. This way I was able to trace over the top with the tiles from my original tileset and position them correctly in the room. Here’s a gratuitous screenshot of the central area zoomed right out so you’re able to see all the deck areas that are playable within a dreadnought. In play, they are obviously not zoomed out so they are all big scrolling areas, like the original game. 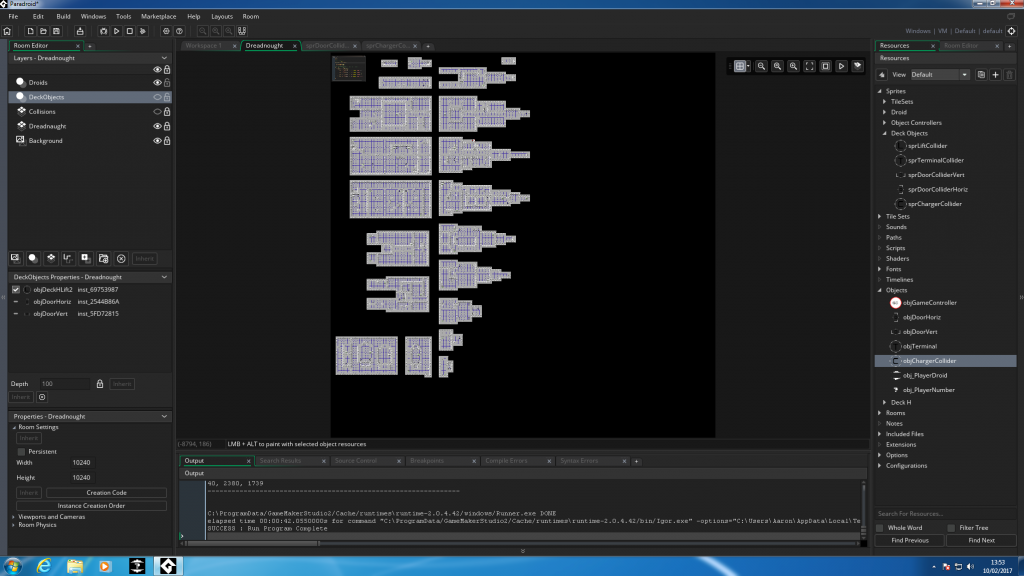 The screenshot here shows all the decks laid out in a similar fashion to the way it appears from the lift screen. This layout was changed at a later date which I’ll explain about in a future post.

At this stage, I was able to drop a sprite in the room and scroll around with nothing stopping the droid from going outside any wall or boundary. This also allowed me to check that everything looked right on the map when compared to the same map running on Vice on another monitor. 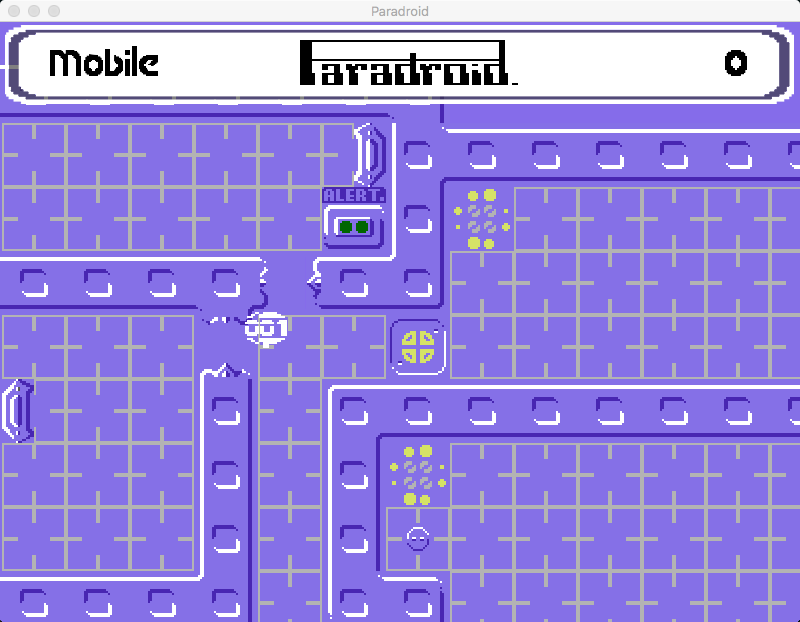 Above we can see the Player on the game map able to move around freely.
The charging stations all already animate and I am able to change the tileset used on a map, both in colour and style, as the following image demonstrates. 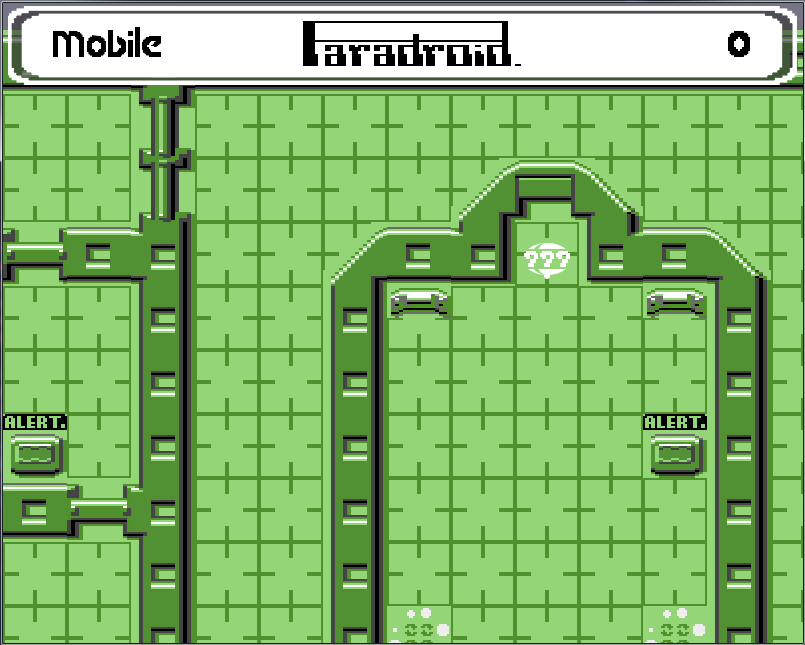 The “Metal” tileset above – complete with “Stupid Door”. The stupid door will be the subject of a future blog post, no doubt.